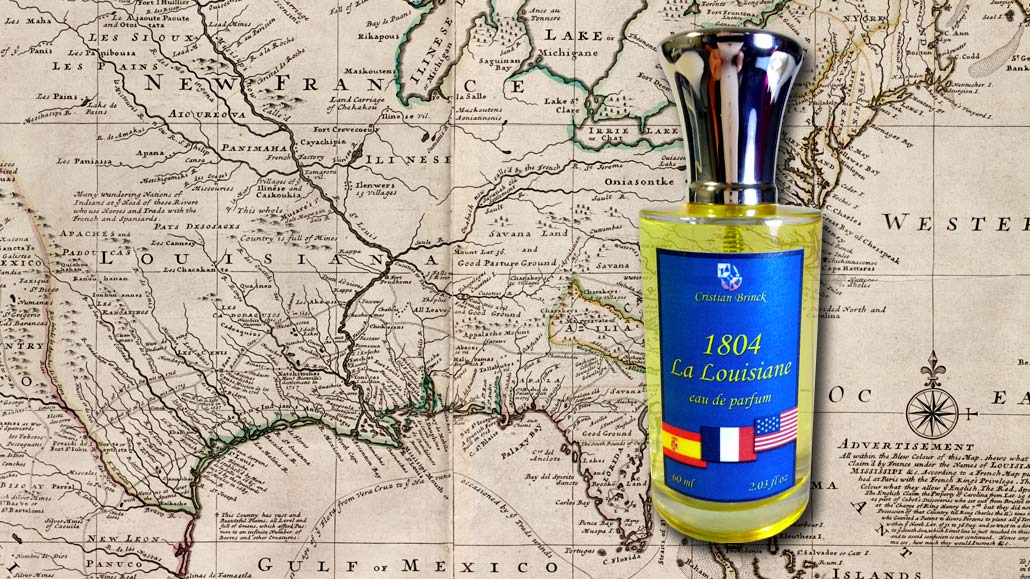 • Year: 2020
• Eau de Parfum
• 60 ml / 2.03 fl oz
• Top Notes: Orange Blossom, Neroli, Lime, Clove
• Middle Notes: Lavander, Geranium, Melissa, Rosemary, Nutmeg, Tobacco
• Base Notes: Ambergris, Himalayan Cedar, Frankincense, Musk, Amber, Benzoin, Sandalwood, Oak Wood, Oak Moss
The 'Day of the Three Flags' was the culmination of the Louisiana Purchase, in which France sold a large swath of territory to the United States. Land that doubled the size of the country and today comprises 15 states. The agreement surprised the Spanish, who had recently ceded the lands in a treaty to the French. In fact, they still dominated most of the territory. Residents of the territory north of New Orleans had not received any notification, so it was decided that another official ceremony would be held in St. Louis in March 1804. To update the new identity of the territory, it is required to carry out the protocol of two treaties at the same time. On March 8, the flag of Spain was lowered and that of France was raised. On March 9, that of France was lowered and that of the United States was raised, until today. Waving 3 consecutive flags.